A Quick Guide to German Fricatives 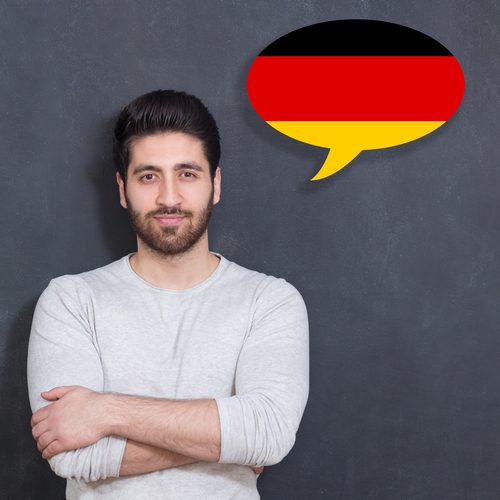 One of the early concepts you will run into when learning German is the fricative. It sounds like a complicated word. Even hearing it can put people off.

In truth, fricatives are a lot simpler than you might think. They basically refer to a couple of pronunciation styles that you will need to become familiar with in order to speak German properly.

There are several types of fricative, so let’s take a look at two of the most common to give you an idea of what you should expect.

The best way to think of fricatives is to consider the shape your lips make when you say the letters “f” and “v”. Do you notice how your front teeth sort of push into your lip to create a friction through which you push the sound of the letter? That is essentially a fricative.

You’ll notice this a lot when German people speak English. For example, a German person saying the English word “we” will often pronounce it “ve”.

You need to keep this in mind when learning German as an English-speaking person.

The first rule to remember relates to that “w” sound. The German language doesn’t use the soft “w” sound that you would use in front of words like “why” or “where”. That’s where the previously mentioned “ve” comes from. The German soft “w” is a fricative that is actually more like a soft “v” in English.

Things get a little more complicated when pronouncing the letter “v” in German. Pronunciation will differ based on where the “v” is in the German word. If it is in the middle of the word, you will generally pronounce it with the same “v” sound that you use in English.

However, things change if the “v” is at the beginning of the word. In this case, the word is pronounced as an unvoiced fricative. Sounds complicated, right? It’s actually simpler than you might think. A good rule of thumb is that a German word beginning with “v”, such as “Vogel”, should have the “v” sound like an English “f”. A main exception to this is loan words, or words borrowed from other languages. For example, “Vase” is pronounce with a “v” similar to English.

You will also notice fricatives coming into play when you pronounce the letter “r” in German. These are uvular fricatives. This means that the sound you make should come from your throat, rather than the way you would pronounce “r” in English.  This is referred to as an uvular trill. This means you use the back of your tongue to produce the sound.

The best way to see this in action is to ask a native German person to pronounce a word beginning with “r”. Notice that throaty, fast pronunciation? Try to emulate that instead of using the “r” pronunciation you’re used to in English.

On a sidenote, you may also wish to roll the “r” sound. This is not compulsory, but you will hear many people who come from South Germany rolling the “r”. You don’t have to do it yourself, but keep it in mind if you’re speaking to somebody from that region.